A new report released by the Anita Hill-led Hollywood Commission revealed that bullying in showbiz runs rampant across the board and women are reporting abusive conduct at a higher rate than men.

“Hollywood has an entrenched and endemic issue with bullying that is exacerbated by the industry’s power imbalances,” the latest report from the Hollywood Commission for Eliminating Harassment and Advancing Equality in the workplace found.

The report’s findings are based on a 110-question survey taken by 9,630 individuals over a three-month period from Nov. 20, 2019, to Feb. 24, 2020, who self-identified that they are currently working, pursuing work, or previously worked in the entertainment industry. 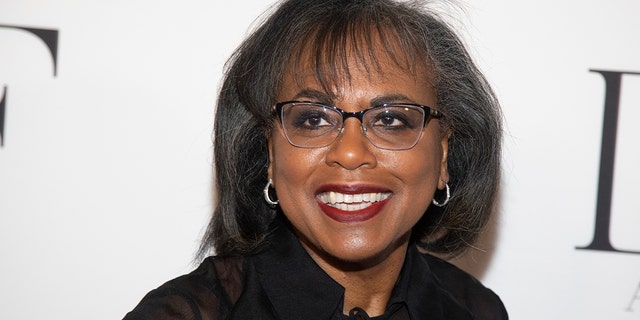 Anita Hill attends the 10th annual DVF Awards in New York on April 11, 2019. A new report released by the Hollywood Commission, which she chairs, revealed that bullying in showbiz runs rampant across the board, especially for women.
(Andy Kropa/Invision/AP)

Moreover, the report found that workers under 40 years old were much more likely to report every form of bullying often or very often, with the reported rates decreasing steadily with age.

“I see that bullying is becoming more and more of an issue – it’s just an abuse of power in a different form,” one anonymous participant wrote. “And if you don’t put up with it – they will hire someone else who will.  Simple fact. It’s the way the industry has always operated.”

“I’m tired of working for a–holes, and a–holes covering for other a–holes, a–holes enabling a—holes,” another fumed. “I just wanted to work in this industry to tell stories and collaborate with other creative people.”

Workplace “bullying” was defined in the survey as intimidating or humiliating behaviors such as insults, sarcasm, gestures, yelling, physically aggressive behavior, swearing in a hostile manner and excessively harsh in criticism of one’s work.

“In Hollywood, bullying is condoned as part of ‘paying your dues’ on the way up and has been openly displayed in films like 1994’s ‘Swimming with Sharks’ and 2019’s ‘The Assistant,’” said Hill in a statement. “Bullying may once have been an accepted norm, but in 2020 workers understand the harm an environment rife with humiliating insults and sarcasm, swearing and throwing objects in anger, causes. And belittling, vulgar and demeaning language and behavior is a gateway to sexual harassment and other abusive conduct.”

Added Hill: “It’s time for Hollywood to commit to treating all workers with